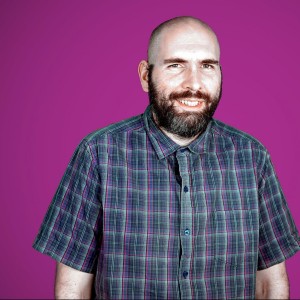 Engage Web, which recently relocated to new larger premises based at Ellesmere Port’s Rossmore Business Village, will be the team’s shirt sponsor for the 2021-22 and 2022-23 seasons. To celebrate the deal, Ellesmere Port Town’s home and away shirts, emblazoned with the Engage Web logo, will be framed in the company’s new office.

“We’re delighted to be able to help out our local community by sponsoring Ellesmere Port Town FC, and we’re looking forward to some exciting times ahead in the coming seasons. We’re confident the Port’s win in the Wirral Cup is just the start of things to come for them.”

Ellesmere Port Town F.C. will start the 2021-22 season in the West Cheshire League 1st Division. They are the current holders of the Wirral District FA Senior Cup, and also compete in the Cheshire Amateur Cup and West Cheshire Pyke Cup, playing fixtures all over the Wirral, Chester, Ellesmere Port and Liverpool.

Town play their home games at the Whitby Sports and Social Club on Dunkirk Lane. The club was set up back in 1994 and has, over the years, grown from one Under 6s team to a club consisting of 25 teams, ranging from Veterans to Under 6s, as well as having a Ladies team.

Though the current club was only formed in 1994, an Ellesmere Port Town team has existed in various guises dating back to 1924, and was the first club of future Everton, Arsenal and England player Joe Mercer.

“As a local grassroots club we rely heavily on sponsorship so we are therefore very excited to receive sponsorship from Engage Web and look forward to working with them. In this difficult financial climate we are extremely thankful for the support they are giving to our First Team by entering into a two-year sponsorship deal to cover Seasons 2021-22 and 2022-23 as kit sponsors for the new style home and away kits.”

Engage Web is an online marketing company founded by Lianne Wilkinson and Darren Jamieson in 2009, specialising in growing businesses through content development and user engagement. With over 30 years’ combined experience in the fields of marketing, copywriting, search engine optimisation and pay-per-click services, the company works with major international companies as well as local start-up businesses. The firm’s expertise has enabled numerous ambitious companies to maximise their results from online marketing and allowed companies to increase their online exposure internationally.

Get Updates And Stay Connected - Subscribe To The Club Newsletter

This website uses cookies to improve your experience while you navigate through the website. Out of these, the cookies that are categorized as necessary are stored on your browser as they are essential for the working of basic functionalities of the website. We also use third-party cookies that help us analyze and understand how you use this website. These cookies will be stored in your browser only with your consent. You also have the option to opt-out of these cookies. But opting out of some of these cookies may affect your browsing experience.
Necessary Always Enabled
Necessary cookies are absolutely essential for the website to function properly. These cookies ensure basic functionalities and security features of the website, anonymously.
Functional
Functional cookies help to perform certain functionalities like sharing the content of the website on social media platforms, collect feedbacks, and other third-party features.
Performance
Performance cookies are used to understand and analyze the key performance indexes of the website which helps in delivering a better user experience for the visitors.
Analytics
Analytical cookies are used to understand how visitors interact with the website. These cookies help provide information on metrics the number of visitors, bounce rate, traffic source, etc.
Advertisement
Advertisement cookies are used to provide visitors with relevant ads and marketing campaigns. These cookies track visitors across websites and collect information to provide customized ads.
Others
Other uncategorized cookies are those that are being analyzed and have not been classified into a category as yet.
SAVE & ACCEPT